Sitting Comfortably with the Uncomfortable 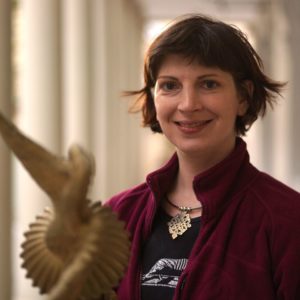 When author was eating ALL the feelings.

I didn’t ask that question because I didn’t want to look like an idiot and have my boss yell at me.

I didn’t tell someone I was “dating” that I didn’t like the way he treated me because I was afraid he wouldn’t want to see me anymore (even though in hindsight, that would have been ideal because he was an asshole)

I didn’t have that conversation about my extreme, erratic (and sometimes self-destructive) behavior with my family because I didn’t want to hear how painful my behavior was for them to watch.

But the avoidance created an uncomfortable of its self. A gnawing anxiety/sense of (highly exaggerated) doom and dread that never really went away. It just kept growing and growing.

I spent a lot of time dampening those feelings with alcohol and pills. Perceived slights and problems became other people’s faults. If they didn’t like the fact that I was so drunk at a party I stripped off and jumped in the pool, that was on them – they were just wet blankets who didn’t know how to have a good time.

When I finally stopped drinking/using almost 6 years ago, my head got louder and louder.

The feelings of anxiety and doom generated by avoidance, and fear of outcomes that hadn’t happened, got so loud they almost became voices. They were a constant presence that moved into my head and were triggered by the slightest provocation. And everything was a provocation.

No wonder why I drank, right?

I knew that if I started drinking/using again, then it would only be a matter of time (maybe even days or hours) before I did literally throw myself into the path of an oncoming vehicle. So I sought other means of dampening the feelings. Alcohol, pills –  anything that effected me from the neck up  – was no longer an option for me. So this left me one viable option: FOOD.

I had incessant, continual cravings for foods I never usually ate, 24-7. I once left a meeting 30 mins early because I was craving carrot cake so badly, I had to get to Coles before it closed. (They didn’t have carrot cake. I went to 2 more stores before I found it.)

I would eat entire 4 litre tubs of ice cream over the sink. In one standing.

My waistline was expanding at an exponential rate, but still the voices wouldn’t keep quiet.

So eventually I had to stop fighting them. And sit down with them.

I literally had to sit down on my living room floor with my feelings. I recognized I felt sad, angry, lonely, depressed (and now fat). It didn’t mean I was. I didn’t have to act on it. I didn’t have to self-harm, binge, engage with these self-destructive patterns anymore. If I sat with them long enough, they would pass.

It was a revelation to me. That I could feel things and not act on them. And that they wouldn’t kill me. I had spent so long trying to avoid them, I was sure they would. They seemed so scary. So big. Overwhelming. And UGLY.  And yet, here they were. Not killing me. I was feeling miserable, but I wasn’t about to die from misery. Despite what Charles Dickens said.

So since then, two things have happened. One is: I’m much better at having uncomfortable conversations now. I tend to find that a bit of uncomfortable now saves a LOT of pain later. I can point out mistakes I’ve made, I can talk to my family, I can tell that guy to f**k off because I deserve better (and mostly believe it).

I can have a disagreement with someone and not have to instantly take responsibility and apologize to make them feel better, even if it’s not even my fault, which I used to do, because I couldn’t bear to sit with someone being mad at me.

I don’t spiral into future things that haven’t happened yet because thanks to all that wanky self-care I do , I’ve learnt how to be more present.

And there are days (around the same time every month or so) where the cravings hit and I eat too much, but I don’t destroy myself over it. (I’ve also learned not to keep large tubs of ice cream in the freezer for this precise reason.) 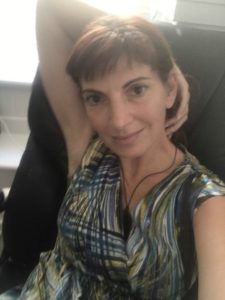 Most of the time, I can sit in the uncomfortable now.

Most of the time, I’m pretty normal.

For a quirky weirdo.