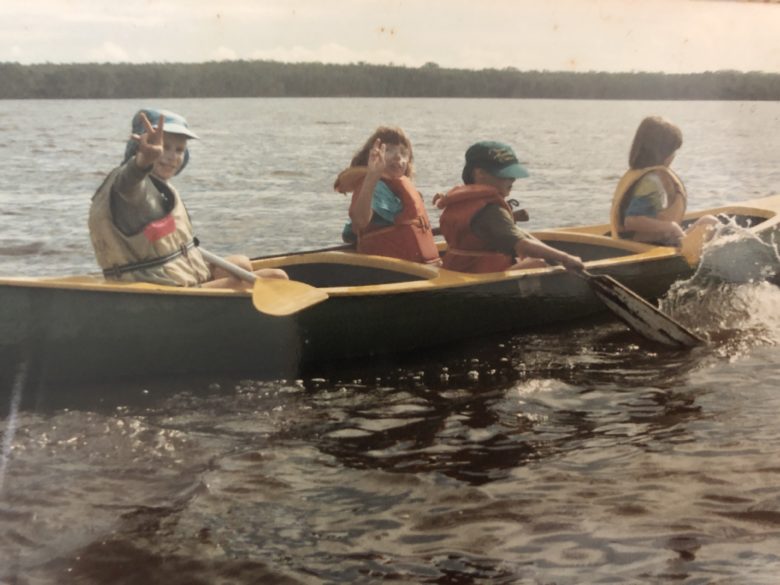 So if you’ve read my bio, you’ll know I was born in London, UK. My Mum (that’s “Mom” in American) was South African but moved to England to finish her medical residency (and get away from apartheid), which is where and when she met my very English Dad (that’s “Dad” in American) and they had me, and then my sister.

When I say I don’t really know where I’m from, I mean it.

When I was 8 years old, they divorced and my Dad moved to Toronto, Canada. My Mum, being sick of English weather (and by a miracle having survived 10 years of it), moved me and my sister to Brisbane, Australia. I could tell you she later married a Canadian who turned out to having being born in the same hospital my Dad once worked at, but this whole thing is probably confusing enough as it is. 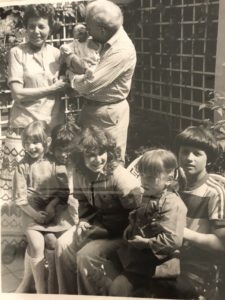 As an immigrant, I was always envious of my friends who had external family – Aunts, Uncles, cousins – a stones throw away. Their life seemed to to be an endless whirlwind of informal visiting and eating – birthday parties, bbqs, engagements, weddings. Our family functions were much more sporadic – they were often years (sometimes decades apart), involved a long haul overseas trip, lots of planning, money and weeks of living out of suitcases, and was never on my birthday, so there were rarely presents involved.

Don’t get me wrong, these were wonderful trips – there were weeks of time with cousins, endless chats, adventures and new places to explore (plus of course the odd fight to keep things interesting). Added bonus: By the time I was 12, I was a pretty seasoned world traveler. The downside were the times in between. Christmases at “home” felt a little odd and empty.

For years I focused on the fact that I didn’t have this external family around me. I didn’t have an Aunt I could go to for tea and sympathy, or cousins I could I complain to.

(Honestly, it’s probably what made me a writer. I couldn’t figure out a way to connect with the world around me, so I lived inside my head.)

Except, I just realized, I actually did.

When we first arrived in Brisbane in the middle of a hot, humid summer, I was thrown into a local Catholic primary school. An odd choice considering I was not only un-Christened but had divorced parents (The deal my parents made was that if I was a boy, I was to be circumcised and Bar Mitzvahed, but if I was a girl, I would be Christened. However, despite receiving an engraved silver christening cup, my parents never got around to it).

I was damned to Hell on my first day in school.

Well if not damned, certainly in a weird purgatory. I was banished to back rows of the church and doomed to watch, with envious eyes, my classmates lining up to take the sacrament. Then disappearing, one at a time, into a dark corner booth to confess and be absolved of all their sins. For years, I wondered what that little wafer tasted like and what it felt like to have my numerous sins lifted off my chest with a few Hail Mary’s.

Sitting uncomfortably in that back pew at 8 years old is where I first met Ben.  And later, by extension, his brother, Rene, and parents Jan and Roger. It turns out that Ben’s Dad, Roger, was also originally from Africa. And Ben was also un-Christened. And it also turned out, that like my Mum and stepfather, Ben’s parents liked doing all this outdoorsy stuff I’d never heard of – like canoeing, sailing and camping. (After 8 years of living in London, I barely went outside.)

Before I met Ben’s family, I’d only really seen camping on TV

Suddenly weekends were sailing on a handmade dingy, running up and down sand dunes, body-boarding or snorkeling. (Though it was seriously uncool to spend ones spare time hanging with the opposite sex, so Ben and I denied each other’s existence during school hours). 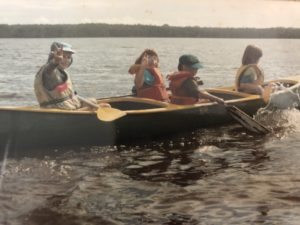 Over the years, our two families became increasingly intertwined. Inseparable even – Ben was even mine and my sister’s date to the formal (yes, it was like taking my brother). We met Roger’s brother and his wife, Jan’s family, Ben’s cousins, his grandparents, etc. We all spent so much time together, when Ben’s parents bought a yacht to live on, Ben and Rene came to stay with us for a while. Our biological external family always asked after Ben, Rene, Jan and Roger. By name. 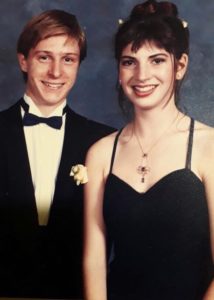 And over the 35+ years, since I first met Ben, it has stayed that way. He got married, had kids (we were never really romantically involved). His brother got married had kids. My sister had a kid.

Now his parents have a house on Stradbroke Island. So Ben and his wife Chihiro wrangled their 2 kids, and I trailed along for a night on Stradbroke Island. And we walked in the door, with Jan offering Christmas Cake and tea, and Roger already lining up a game of Scrabble to cheat at. And we gathered around the table, laughing and chatting and I suddenly realized… 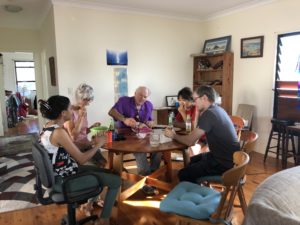 The years fall away…

I did have this external family all along. These are the people who helped raise me. 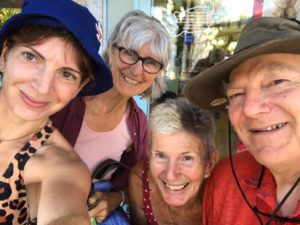 The people who helped raise me from left to right: Author (left), Jan, Author’s Mum, Roger

And it was like I’d never seen it before. 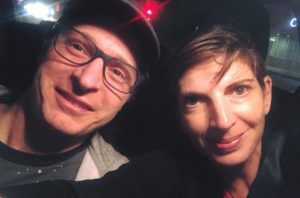 I like to think Ben’s family is better than family in some ways. Your biological family technically has to like you –  it’s harder to denounce blood. Ben’s family – they like me anyway. Even when they don’t have to. When I needed a place to crash, I always had a bed. When I was a drunken mess, they never shunned me or stopped inviting me to parties (though I’m sure they hid their booze!). They always accepted me for who I am/was and were just simply there. They’re the family I/we didn’t get born with, but somehow got chosen for me. For us.

P.S This is not in anyway to suggest my biological external family isn’t all kinds of awesome – they are and they know it. It’s just they aren’t a stones throw away.

« What Nobody Told Me About Grief
Sitting Comfortably with the Uncomfortable »